There is value in acknowledging what you have accomplished. We get so busy “doing” that sometimes we may forget who we are and why we are “doing”. I made a list shortly after I graduated high school in Pennslyvania and moved to California (ten days after graduation), about the things I wanted to accomplish in life, for better or worse, here it is:

See Australia, Europe, Germany, Russia, Hawaii, Alaska – I have been to Hawaii several times, Europe – London and Paris.  I don’t have a lot of interest in traveling right now.  Maybe I will again someday. Germany and Russia were due to my great grandparents being from there, but my 23andme results re-directed those aspirations to see more of France, Britain, and Ireland. I have the itineraries done if I get the travel bug!

Explore Canada – I have been to Niagara Falls in NY, Montreal, and Vancouver through Washington state. I had a great time in Canada when I was young – a band trip in high school – yep, I went to band camp! I played the clarinet.

Go skydiving, race cars, horseback riding, flying, snow skiing, surfing, sailing, jet ski   – I have come close to most of these, snow skiing – I did ALOT, mostly snowboarding, I did surf but it is harder than it looks when you start over 30, sailing – I was a member of the Half Moon Bay Yacht club – I would not ever claim I could sail, but I have been sailing, jet skiing in Cabo San Lucas – I also rode ATV’s there – so much fun! Flying with one of my bosses.  I could have gone horseback riding on the beach in Half Moon Bay when I lived there, but I didn’t – one of those things you don’t do when you are too busy “doing”! I had a buddy to go skydiving with but I didn’t go. Race cars – only my RX7 and it wasn’t on a track so I don’t think it counts – but it was fun! I definitely think I can fit in some horseback riding.

Learn to cook!  This one took longer than all the rest, but a few years ago I ordered the meal delivery service Hello Fresh and a cook was born. I was as shocked as anyone. A year later I became vegan and I absolutely love to cook now – with ingredients I formerly wouldn’t touch! It has been life-changing on so many levels. For a lifelong picky eater, this has been the biggest shocker of the group.

Make money to do all these things!  I have done really well with this one. Thank you malls and restaurants…

Have fun!!! At whatever the cost!! As long as it’s legal!!  Yes.  And yes. I have always said “have fun” and I have always been concerned about following the rules…at least most of them. The first profession I ever was interested in was law enforcement so it fits!

Be happy at whatever I do  – This is a work in progress and provided the meat of the content for my book: “Don’t Be a Jerk, Like Your Work”.

Get into photography – I have over 80,000 photos and started taking classes again at Santa Monica College recently. I am determined to enter and win a photo competition (at least a mention – I don’t need to win the competition).

Not to worry about everything so much – Just live and let live   – I have mastered this and it makes life so much simpler and peaceful.

Remember nothing is impossible!  – Awesome reminder to my future self.

I can do anything.  Hell YES!

I am pretty satisfied with my list and feel that it accurately reflects who I was then and also, amazingly accurate to who I am now. Back then, I made the decision to live my life according to the philosophy of not doing anything I couldn’t tell everyone I did. I haven’t been 100%, but really close.

If you would like to explore more of who you are, I would love to start a dialogue with you!

My passion is creating a life that is built on being happy – sometimes it is easier than we think.

I look forward to meeting you virtually or in person soon. 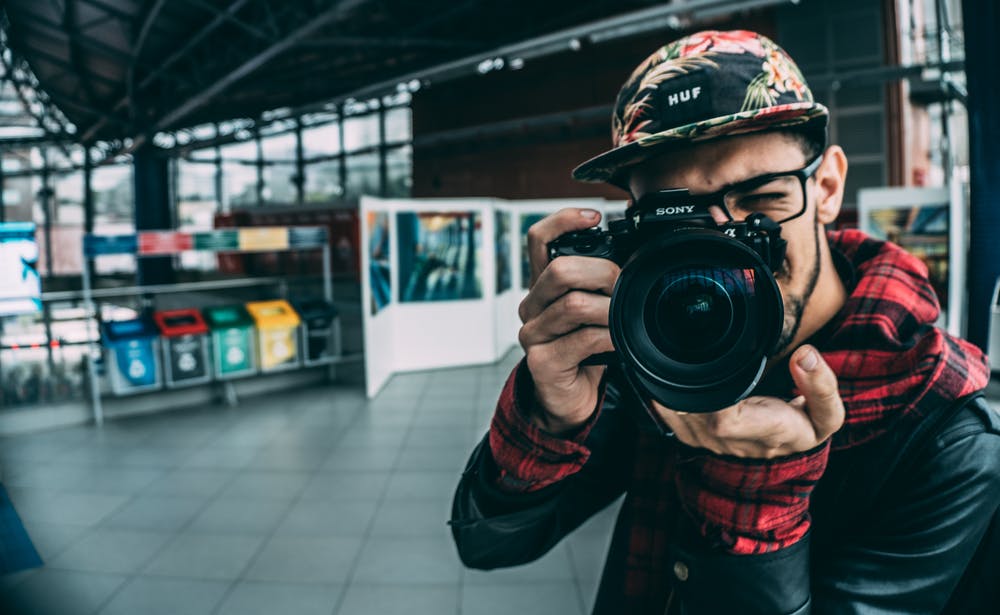